History of the Porkeaters, Northmen as voyageurs of the fur trade brought to life by MLES sixth-grade classes

It wasn’t quite Grand Portage of the 1780s, 1790s and the first years of the 1800s, but Mountain Lake Public School’s cafeteria and old gym were transformed into a pair of perfect locations for the Mountain Lake Public Elementary School (MLES) sixth grade class to hold a voyageur Rendezvous with repastin’, ‘rasslin’, racin’ and rope-pullin’.

The students of Kyle Blomgren and Annette Kunkel brought to life that era of exploration and trade during Minnesota’s Voyageur and Fur Trade Era during an event held Friday afternoon, December 1.  This fifth-annual MLES re-enactment portrayed a time when French voyageurs would gather at the former North West Company Fur Post for a Rendezvous.

Minnesota history is the focus of social studies study in sixth-grade classes all across the state, and this event provided a hands-on, living history lesson for the students.

Tales of the Porkeaters and Northmen

For the most part, voyageurs (travelers) were the crews hired to man the canoes that carried trade goods and supplies to trading locations out from Lake Superior along the Pigeon River, where they were exchanged for furs – and at “rendezvous posts” like Grand Portage. The voyageurs then transported the furs back to Lachine, near Montreal, in Canada – and later to points on the route to Hudson Bay. The majority of these canoe men were French Canadian.

The voyageurs hired to work in the first leg of the journey, between Montreal and Grand Portage or Fort William at the western tip of Lake Superior were known as mangeurs de lard (Porkeaters) because of the amount of pork added to their diet. Meals mostly consisted of salt pork, flour, sea biscuits, wild rice and dried vegetables (peas and Indian corn or maize), along with pemmican. The meals varied little, with the men eating two virtually identical meals a day – morning and evening. Some days they might be fortunate enough to have meat or fish that had either been caught or traded for during the day.

Some voyageurs stayed in the Northwest interior back country over the winter and transported trade goods from the posts to farther-away French outposts. These men were called hommes du nord (Northmen) or hivernants (winterers). They also helped negotiate trade in Ojibwe villages. In the spring, they would carry the furs from these remote outposts back to the rendezvous posts.

A voyageur’s life was one of hard toil. They were up before dawn – often at 2 a.m. or 3 a.m. – and travelling before breakfast. Around 8 a.m., they would finally eat that breakfast. Lunch was usually grabbing a piece of pemmican. The evening meal – and making of camp – was usually between 8 p.m. and 10 p.m. While there were not many meal breaks, voyageurs did consume between 4,000 and 5,000 calories a day.

They had to be good canoeists – and also be able to carry at least two 90-pound fur bundles over the many portages along the route.

Typical garb was colorful, and included a many-colored sash tied at the waist, topping off cloth trousers and leather leggings. Dangling from the sash would be knives, a tobacco pouch and other small items. They traditionally wore plaid or striped cotton shirts and moccasins on their feet, demonstrating a kinship with the Native Americans.

Music was a large part of their everyday life. Voyageurs would sing songs while paddling and working, as well as during other activities and festivities. It was said that music kept their rhythm going. “Alouette” was a favorite. The sixth-graders shared their own original stanzas of the French number.

For the voyageur fur trade, the main route was divided into two (at times, three) segments, each traveled by a different set of voyageurs. Furs in demand in Europe included marten, otter, lynx, mink – and especially beaver.

Once or twice a year a larger gathering was held to transfer furs and trade good among the groups of voyageurs. In addition – a Rendezvous was also a time for the voyageurs to rest – along with participating in a little revelry. The Rendezvous was typically held at the biggest transfer points along the shores of Lake Superior – either Grand Portage of Fort William.

The afternoon was replete with a repast of foods typically eaten by the voyageurs who dealt with the fur trade taking place at Minnesota’s northern border with Canada, leg wrestling, “canoe” races and tug-of-war contests.

To bring more reality to the event, and delve deeper into character, the sixth-grade students were clad in Porkeater and Northmen clothing.

Foods from that time frame were provided by the students, and they and their guests were able to sample from a typical voyageur menu.

A staple for the voyageurs was pemmican. Traditionally, pemmican (a concentrated mixture of protein and fat) was prepared from the lean meat of the large game that was available to hunt – buffalo, elk, deer or moose (but, ground beef was an approved substitute for use at this Rendezvous).

Historically, pemmican (the “ultimate survival food”) was an important staple of First Nations cuisine in certain parts of the country. The word comes from the Cree word pimîhkân, which itself is derived from the word pimî, “fat, grease.” It was invented by the native peoples of America.

Whatever meat used was cut in thin slices and dried, either over a slow fire or in the hot sun, until it was hard and brittle. About five pounds of meat are required to make one pound of the dried meat used as pemmican. Then it was pounded into very small pieces, using stones. The pounded meat was mixed with melted fat in a 1:1 ratio by volume. At times, dried fruits, like blueberries, choke cherries, cranberries or saskatoon berries were also pounded into power and added to the meat/fat mixture. The completed pemmican was then packed into rawhide bags for storage. It is said that it could be stored for a maximum of 10 years.

Additional foods available for the students and their guests could sample included rubbaboo (a soup made from pemmican boiled in water and sometimes thickened with flour), pork and peas, wild rice (from White Earth Reservation, corn and “bear grease” (or, in this case mcfatty-fat-fat hamburger)  and venison.

Join in and celebrate the Rendezvous along with the sixth-grade students through the following photo gallery: 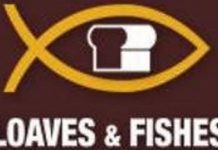 Thanks be in the giving 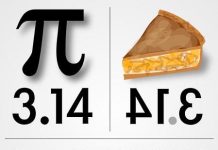