Will coincide with a ‘Supermoon’

A lunar eclipse occurs when the Earth is between the full moon and the sun. The moon does not make its own light; it reflects the light it receives from the sun. During a lunar eclipse, the moon appears less and less bright as sunlight is blocked by the Earth’s shadow. A total lunar eclipse happens when the full moon passes through the darkest part of Earth’s shadow – the umbra. As this totality approaches, sunlight reaches the moon indirectly and is refracted around the “edges” of Earth, through Earth’s atmosphere. Because of this, almost all colors – except red – are “filtered” out, and the eclipsed moon appears reddish or dark brown. This filtering is caused by particulates in the Earth’s atmosphere. When there have been a lot of fires and/or volcanic eruptions, lunar eclipses will appear darker and redder. This eerie – but harmless – effect has earned the phenomenon the nickname “blood moon.”

And a Supermoon means that the moon will look a bit bigger than is usually d0es – about 14% larger than normal – since it is a little bit closer to the Earth than usual.

Weather permitting, you can see the Supermoon after nightfall, and the eclipse will cast it into shadow beginning at 7:11 p.m. CDT (Central Daylight Savings Time). The total eclipse starts at 9:11 p.m. CDT, peaking at 9:47 p.m. CDT.The total eclipse will start at 9:11 CDT Sunday evening and will last one hour and 11 minutes. It will be visible across North and South America, Europe, Africa, and parts of West Asia and the eastern Pacific.

You don’t need special glasses or gizmos to view it, unlike a solar eclipse, so feel free to stare directly at the moon. Binoculars or a telescope would improve the view.

Watch NASA’s live stream at http://www.ustream.tv/channel/nasa-msfc from 7 p.m. until at least 10:30 p.m. CDT broadcast from Marshall Space Flight Center in Huntsville, Alabama, with a live feed from the Griffith Observatory in Los Angeles, California; the Adler Planetarium in Chicago, Illinois; Fernbank Observatory in Atlanta, Georgia and other locations across the United States. The live feed is an alternative for those experiencing less-than-optimal weather or light-polluted night skies. Mitzi Adams, a NASA solar physicist at Marshall will discuss the eclipse and answer questions from Twitter. To ask a question, use #askNASA. 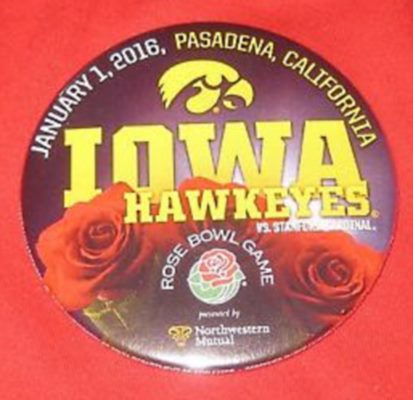