A Snow Emergency has been declared for the City of Mountain Lake tonight (Sunday, January 14).

According to the Snow Emergency Policy specifics, an emergency, once declared, takes effect at midnight. After midnight, all vehicles must be off city streets until plowed. Any vehicles left on City of Mountain Lake public roadways, streets and alleys after midnight will be ticketed, and could be towed.

In addition, during a Snow Emergency, vehicles must remain off public roadways, streets and alleys – until plowed curb-to-curb.

Snow Emergency information will be able to found:

+ On the City of Mountain Lake website at www.mountainlakemn.com

+ Or, sign up for NIXLE alerts. The NIXLE service will notify you  when the City of Mountain Lake declares a snow emergency. To receive a NIXLE alert by text sign up by send “MTLAKEPOLICE” to 888777  For an alert by e-mail register at www.nixle.com.

And . . . the National Weather Service in Sioux Falls, South Dakota has issued a Wind Chill Warning for the area until 12 p.m. on Tuesday, January 16.

The forecast for tonight calls for a chance of flurries before midnight. Patchy blowing snow. Mostly cloudy, with a low around -8. Wind chill values as low as -32. Blustery, with a northwest wind around 25 miles per hour (mph), with gusts as high as 35 mph.

For Martin Luther King Day (Monday, January 15), there will be scattered flurries after noon. Areas of blowing snow before 1 p.m.. Mostly cloudy and cold, with a high near -6. Wind chill values as low as -36. Blustery, with a northwest wind 20 to 25 mph, with gusts as high as 35 mph.

There will be scattered flurries before 8 p.m. on Monday night. Mostly cloudy, with a low around -12. Wind chill values as low as -36. Blustery, with a northwest wind 15 to 20 mph, with gusts as high as 30 mph.

The Tuesday forecast includes a mostly sunny day, with a high near 2. Wind chill values as low as -35. Northwest wind 10 to 15 mph.

City of Mountain Lake in a Snow Emergency at midnight 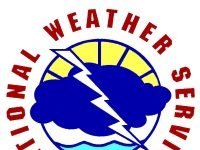