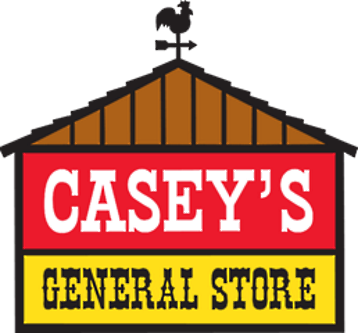 Casey’s Retail Company is purchasing a 2.69 acre lot in the new commercial park located in southwest Mountain Lake for $90,000. They plan on building a new fuel and convenience store on the site.

+ Closed the city council meeting to open a public hearing on the Floodplain Management City Ordinance and Resolution. The ordinance and resolution were briefly reviewed and discussed. No one present addressed the council, and no written or verbal comments had been received. The public hearing was closed after three minutes. When the meeting reopened, the council adopted the ordinance establishing restrictive floodplain management, along with a resolution to apply to participate in the National Flood Insurance Program.

+ Approved partial payment #2 of $245,244.11 to GM Contracting Inc. of Lake Crystal for work down at the Mountain Lake Commercial Park. Andy Kehren of Bolton and Menk, the city engineer, was at the meeting to review the pay request and the status of the project. The work for this year is completed, with the remained to be done in 2018. It was agree that the streets in the commercial park will be closed until work begins again in the spring.

+ Approved progress billing #2 of $344,025.90 to Conductor Power LLC of Brainerd work completed on the new sub-station project. The pay request and status of the project were briefly reviewed. All work will likely be completed by the end of the year.

+ Went on record that the the city supports the purchase of a bike share system for Mountain Lake, provided the cost is covered by grant dollars. The Active Living Committee had been asking for the city’s support to acquire a bike share system and apply for grants to fund the project. Discussion on the topic centered around the system, number and location of bikes. The City of Jackson is also interested in a system. Mountain Lake and Jackson would purchase a system together and divide it. The committee also intends to apply for grant funds to rehab bikes abandoned in the city.

+ Learned that the city has been awarded grant funds totaling $6,000 for tuck-pointing of the Mountain Lake City Park Band Shell from both the Odell Wind Farm Community Foundation and the Mountain Lake Area Foundation. The total project cost is just over $10,000. Administrator Meyer was directed to contact Karr Tuck-Pointing to schedule the work.

+ The 2017 list of appointments, those members of various boards and commissions whose terms end December 31, 2017, and board and commission openings and assignments were reviewed, discussed and modified. Mayor Nelson will contact those with expiring terms.

+ Discussed the renewal of the Mediacom franchise agreement as led by Mountain Lake City Attorney Maryellen Suhrhoff. A public hearing is required before approval.

+ Heard from Council Member Darla Kruser as she reviewed the recent “Coffee with the Council” event held at The Laker. Three city residents and one person from outside the city attended. The topics discussed included economic development, housing and noise complaints.

+ Agreed that an additional attempt to gauge the interest by resident in accessing both live and recorded city council meetings using social media will be made.

+ Approved the Memorandum of Understanding with the American Federation of State, County and Municipal Employees (AFSCME), Local #578, regarding Water/Wastewater Superintendent wages and authorized Mayor Nelson to sign.

+ Approved closing Mountain Lake City Hall on Friday, November 24. Employees had the option of working or using a personal/vacation day.

+ Heard a Mountain Lake Public School (MLPS) School Board update from MLPS School Board Treasurer Pam Hoek. Hoek discussed the district’s building project and the survey to be sent to all school district residents.

+ Although no one present addressed the council during the Public Forum portion of the meeting, council members once again discussed excessive vehicle noise. Missing “VEHICLE NOISE LAWS ENFORCED” signs will be re-installed on the edges of the city limits. It was also discussed that the Loaves & Fishes Food Shelf Board will discuss space needs at the group’s next meeting and then meet with the city council after the first of the year.

+ Approved On- and Off-Sale Liquor and Cigarette Licenses.

+ The next city council meeting will be Tuesday, December 5, 6:30 p.m., in the Mountain Lake City Council Chambers.

+ Public Input Meeting on the 2018 City Budget and Levy will be held at 6 p.m. on Tuesday, December 5, at Mountain Lake City Hall prior to the city council meeting. The 2018 Draft Budget is available at city hall.

Council meetings will be held on the traditional first and third Mondays of the month – with the exception of:

+ Mountain Lake City Council meets the first and third Mondays of every month at 7 p.m.

+ Utilities Commission meets the second and fourth Thursdays of every month at 7 a.m.

+ Economic Development Authority (EDA) meets the second Friday of every month at 12 noon.

+ Lake Commission meets the second Monday of every month at 6:30 p.m.

+ Library Board meets the second Wednesday of every month at 4:45 p.m.

+ Police Commission meets the second Thursday of every month at 7 p.m.

+ Planning and Zoning meets the last Monday of the month, if needed. 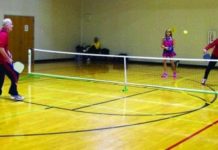