Fundraising total in for 2017 ‘Coaches vs. Cancer’ activities

The eighth-annual “Coaches vs. Cancer” games were played on Thursday, January 12, with the MLA girls taking on and defeating Westbrook-Walnut Grove and Friday, January 13, the Wolverine boys playing – and victorious over – Edgerton Public.

+ Faculty members and coaches ponying up money to wear sneakers all week.

+ The sale of pencils by the Mountain Lake Public Elementary Student Council (Co-Advisors Annette Kunkel and Amy Hartzler) to the tune of $181.

One hundred percent of the funds raised are donated to the American Cancer Society and Relay for Life in Cottonwood County.

Since 2010, the first year of “Coaches vs. Cancer,” annual fundraising totals have been:

“Coaches vs. Cancer” program is a nationwide collaboration between the American Cancer Society and the National Association of Basketball Coaches (NABC) that empowers basketball coaches, their teams, and local communities to make a difference in the fight against cancer.

Because cancer has touched so many of our nation’s basketball coaches, “Coaches vs. Cancer” offers them the unique opportunity to fight the disease. Through integrated fundraising activities and public awareness campaigns, participating coaches are truly making a difference in the fight against cancer and are raising awareness in their communities about the importance of cancer prevention, early detection and making healthy lifestyle choices.

Funds for the fight 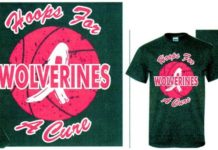