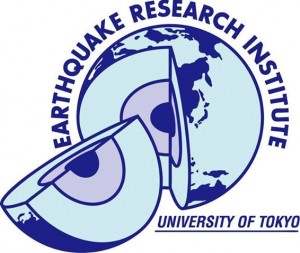 As he is a teenager from the 1970s, an appropriate greeting to Mountain Lake native Doug Wiens that reflects that era might be – “Hey! What’s shakin’?”

Fast-forward some 38 years. Surprisingly, such a salutation remains apropos when meeting Wiens. Not because he still retains all the slang, striped bell bottoms and paisley long-collared shirts from that time – but because he is an earth and planetary sciences professor, a field seismology research expert and is now spending time as a visiting professor at the Earthquake Research Institute (ERI) at the University of Tokyo in Tokyo, Japan. The island nation is a prime “what’s shakin'” area because it has a long history of earthquakes and seismic activity. The reason this country is ripe with high seismicity is because it is located near major tectonic plate boundaries – and is situated on the Pacific Ring of Fire.

Wiens, a professor in Earth and Planetary Sciences at Washington University in St. Louis, Missouri (son of Dr. Alvin Wiens of Mountain Lake and the late Rose Wiens, and 1976 graduate of Mountain Lake Public High School) has, in addition to the college courses he teaches, travels worldwide doing research in earthquakes, with studying earth’s structure with seismic waves. This curiosity hopes to lead him to the scientific answer he most wants revealed: “What causes deep earthquakes?”

After his high school graduation, Wiens attended Wheaton College in Wheaton, Illinois, earning his Bachelor’s degree in physics in 1980. But, wanting to study something more down-to-earth than nuclear physics, decided he would apply his knowledge to the study of the earth. He went on to Northwestern University in Evanston, Illinois, achieving his Master’s degree in geophysical science in 1982 and his PhD in geophysical science in 1985.

After completing his PhD, he immediately took a faculty position as an assistant professor at Washington University at the age 26 – and has been there ever since (that is, aside research studies trips to the ends of the earth, as well as sabbatical leaves to San Diego, California; Australia and Washington, D. C. – and now, as a visiting fellow in Tokyo, Japan.) He also served on the Incorporated Research Institutions in Seismology (IRIS) Board of Directors, IRIS Data Management Standing Committee, IRIS Polar Networks Science Committee, the United States Margins Program Steering Committee and the United States Ocean Bottom Seismograph Oversight Committee. In 2007, he was elected as a fellow in the American Geophysical Union, a professional honor Wiens pegs as the one of which he is most proud. He is considered by his peers as “one of the great field seismologists of his generation.”

Wiens, usually of Creve Coeur, Missouri, has been professor in Earth and Planetary Sciences at Washington University since 1996, moving up from assistant professor to associate to full professorship along the way. He was the department chair for five years (2008-2013), which “earned” him this sabbatical to Japan. In explaining his variety of completed sabbaticals, and in particular his current fellowship, Wiens shares, “Sabbaticals are supposed to take one away from the normal routine and give a chance to do research and writing in a different setting. My research area is earthquakes and studying earth structure with seismic waves, so when thinking about where to go – The Earthquake Research Institute (ERI) of University of Tokyo/Todai was at the top of the list. They have some of the top researchers in the world – and of course  – a lot of  ‘up close and personal’ data collection available regarding earthquakes – and opportunities for more!”

His time at the ERI began on January 9 and will run until June 8. Wiens had worked for one of the faculty from ERI about 10 years ago, sailing on a Japanese research ship for three weeks, where, interestingly enough, he found doing laundry very difficult because all of the instructions were in Kanji one of three scripts in the Japanese language and one that uses Chinese characters) His task onboard ship was deploying seismographs to the ocean bottom in order to study earthquakes beneath the ocean. Because of this experience, and several visits to Japan – and having enjoyed the experiences – it seemed like a natural choice for him to make.  Fortunately, his wife, Deb (the couple has an adult son, Andrew, a spring 2013 Bachelor’s degree graduate of Washington University and currently of Atlanta, Georgia and a daughter, Julia, who is attending the University of Kansas in Lawrence, Kansas) was able to obtain a leave of absence from her high school teaching post to join him in the international study and stay.

During his tenure in Tokyo, Wiens will not teach “normal classes,” which pleases him just fine – “Most are taught in Japanese, so I would hardly be qualified” – but will be giving special lectures and discussing research with the graduate students and faculty. In addition, he will be sharing lectures at several other institutes in Japan, as well as in South Korea and China.

Beyond his time as a geology professor at WU (where his favorite course is “EPSC 454: Exploration and Environmental Geophysics”) or as a visiting professor at various locations – one of the more interesting aspects of Wiens’ work is the installation and operation of seismographs – instruments that measure vibrations of the earth, such as earthquake waves – in various remote areas of the world. “I have had projects in Antarctica, Cameroon, Fiji, Guam, Saipan, Chile, Cameroon, Tonga, South Shetland Islands, Patagonia and Mariana Island -as well as even a recent one in Minnesota and Wisconsin. Some of the projects involved sailing on research ships and dropping the seismographs to the ocean bottom, and others have involved camping in Antarctica while doing work.

When trying to install seismometers on the islands of Fiji, one of Wiens’ legitimate travel expenses was the purchase of several hundred dollars of kava root. As Wiens explains it,you have to know the culture in which you are working – and making requests. “If you want to install a seismometer near a village, you buy a kava root bundle in the market and bring it to the chief for a  sevusevu ceremony. It has to be a big bundle. You wouldn’t want to appear stingy,” explains Wiens. The kava roots are ground up and mixed with water to make a drink called grog. Adds Wiens, “Then you sit around in a circle and drink grog with the chief for about two hours – and then finally you get around to talking about the seismometer.”

Five years ago, Wiens and his  team targeted the subduction zone the Tonga Trench, also known as Horizon Deep, because it is the second deepest ocean trench on the planet.  With the large array of  instruments and turbo-charged computing power available to researchers like Wiens, “Seismic waves can be used to paint detailed images of the earth’s interior, the geological equivalent of CT images of the human body,” Wiens says in definition. The team dropped 53 seismometers on the Lau Basin – the Tonga Trench’s back-arc basin, as well as 15 on adjacent islands. They chose the Lau Basin because it sits right on top of two-thirds of the world’s deep earthquakes, defined as quakes with foci below 300 kilometers (186 miles). And, Wiens states, “That’s interesting for two reasons – it makes for great seismology – and nobody understands what’s going on there.”

During International Polar Year 2007-2008,  Wiens completed fieldwork in Antarctica – a research trip for which he sacrificed his wisdom teeth for science. (“The extraction was required in order to go.”)  During the Antarctic summer a the field camp, he explored a mountain range each day – using instruments – instead of trekking on foot. And, since it was summertime, temperatures were quite comfortable – at least for Antarctica – at 20 degrees below zero (Fahrenheit).

Wiens was among scientists from seven countries who coordinated efforts to study and map the mysterious Gamburtsev Mountain range lurking beneath the East Antarctic Ice Sheet, a few hundred miles from the South Pole. While there, the Polenet Team buried heavily-insulated boxes that contained the sensors and “brain” of the seismographs. These seismographs are used to measure seismic signals radiating from the mountains during earthquakes in other parts of the world. Like an ultrasound – this one of the planet – these signals can image what lies beneath the surface of the Earth, where the crust meets the mantel. Such information provides clues to what holds the mountains up.

He was also part of the team that installed seismographs to calibrate crucial parts of the Antarctic ice-weighing machine – the Whillans Ice Stream in the West Antarctic Ice Sheet that drains into the Ross Ice Shelf (the world’s largest such ice mass spanning both land and sea). Information looking to be gathered keyed in on just how ice streams move.

Says  Wiens, “My Antarctic research is mostly focused on how the strength of the of the earth varies and how that causes different responses to the melting of ice sheets. We also record seismic waves caused by ice movement, and can can use these waves to try to understand the forces moving ice to the seacoast, where it melts.”

Just a few days following their arrival in Minato-Ku, Tokyo, Japan, reverberations from a 3.2 earthquake was felt by daughter, Julia. With a smile, Wiens declares, “I guess Julia has the most sensitive internal seismograph.” While feeling the earth shake under one’s feet can be frightening, it is a sensation Wiens has centered on for the majority of his adult life. The continued search to find the answer as to what causes of deep earthquakes keeps him pressing on – with the assistance of a highly-sensitive and technological “ear to the ground.” 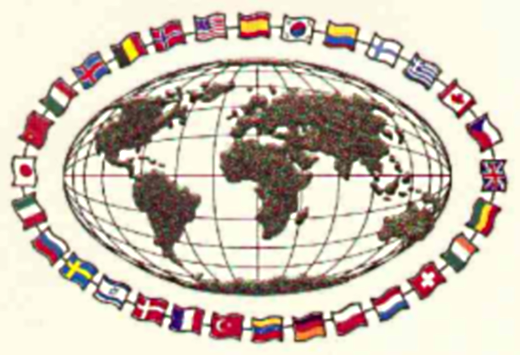 Bringing the world closer together